Home / About / Board Members / Grainia Long 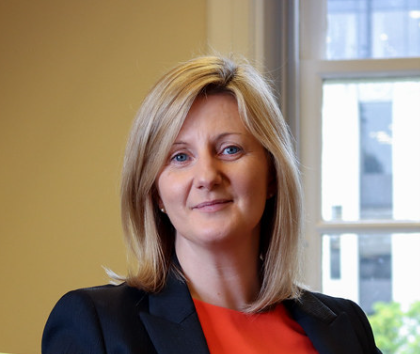 Previously, Grainia was the Commissioner for Resilience for the city of Belfast, and co-Chaired the Belfast Climate Commission. Grainia was also the Chief Executive of the National Child Protection Charity in the Republic of Ireland, ISPCC Childline. This position followed several years working in housing, including as Chief Executive of the Chartered Institute of Housing (CIH), and previously National Director of the CIH in Northern Ireland. She has served two terms as a member of the Northern Ireland Human Rights Commission, was a member of the Lyons Commission on Housing Supply and Advisor to the Best Commission on the Future of Housing in Northern Ireland.