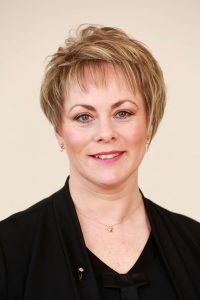 Jenny Pyper joined the Utility Regulator as Chief Executive on 1 November 2013. Jenny is a BSc Honours graduate of Queen’s University, Belfast who joined the NI Civil Service in 1985. She was appointed to the senior civil service in 2004 as director of energy policy in the Department of Enterprise, Trade and Investment where she managed policy and legislative responsibilities in relation to the electricity, gas and renewable energy industries in Northern Ireland. She moved to take up the post of director of regional planning and transportation in the Department for Regional Development. She was promoted to deputy secretary in the Department for Social Development in July 2011, with responsibility for urban regeneration and community development.