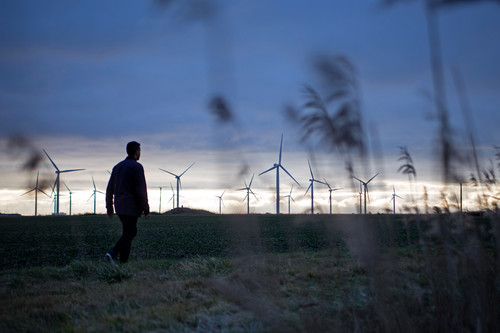 BT today announced it will reduce its carbon emissions by 87% by 2030[1], setting itself on a path to help limit global warming to 1.5°C by the end of the century.

As part of the transition to a low carbon business model, BT had previously set itself a target in 2008 of an 80% reduction of its carbon emissions by 2020[2].

After reaching this target four years ahead of schedule, BT has set a new 2030 target, approved by the Science-Based Targets Initiative, which is aligned with the most ambitious aim of the COP21 Paris Agreement. This aim seeks to limit global warming to well below 2°C above pre-industrial levels and pursue efforts to limit it even further to 1.5°C by the end of the century.

To meet this ambitious goal BT will be targeting innovative ways to further reduce its dependency on fossil fuels, for example through the adoption of low carbon vehicles in its fleet and reducing the carbon intensity of buildings.

Announcing the target BT Chief Sustainability Officer, Niall Dunne, said: “The role that technology can play in creating a more resource efficient world is both profound and exciting. The benefits of leading climate action extend to our customers, suppliers and people. Our commitment to this 1.5°C target will help create partnerships and coalitions that continue the unstoppable momentum enabled by the Paris agreement.”

Tom Delay, Chief Executive, the Carbon Trust commented: “Over the past two decades BT has made impressive progress in reducing carbon emissions. To continue this journey, our recent work together has mapped out the steps the business will need to take over the coming decades to become a truly low carbon business. The ambition contained within the Paris Agreement gives us hope that we might avoid the most dangerous impacts of climate change. If we are going to deliver on this ambition then this is exactly the sort of leadership we need to see.”

As part of its wider energy programme, BT has already made significant strides in reducing its end-to-end carbon footprint which has helped to deliver a total of £221m of energy savings since 2009/10. BT is also well on its way to achieving its commitment to purchase 100% renewable electricity for its operations by 2020, where markets allow, sourcing 82% renewably last year.

In addition, BT also promotes energy efficiency by providing products and services that enable its customers to reduce emissions. As part of its 2020 ambitions, BT aims to help its customers cut their carbon emissions by at least three times our own end-to-end carbon impact. So far its reached 1.8 times, enabling customers to avoid 10 million tonnes of carbon in 2016/17, up 32% on the previous year. These carbon-abating products and services represented £5.3bn, or 22%, of BT’s total revenue last year.

[1] BT’s commitment to reducing its carbon intensity will help the UK Government meet its carbon reduction targets. International climate negotiations will continue at COP23 in Bonn this November.

Bank of Ireland UK strengthens its car and asset finance business with acquisition of Marshall Leasing Limited for £42.5 million