The team at Lidl has been busy as bees, looking at ways to further support biodiversity as part of its sustainability strategy, from green roofs and an ever-expanding pollinator friendly plant range, to the introduction of a pollinator-friendly stores concept.

Lidl Northern Ireland is one of the largest nationwide grocery retailers in Northern Ireland, providing high quality products at market leading value with its stores at the heart of all its operations. Since first entering the Northern Irish market in 1999, Lidl has established itself as a significant component within the retail industry with a strong network of more than 1,000 employees across its 41 stores and Regional Distribution Centre in Nutt’s Corner, Co. Antrim. With more than 300,000 customers passing through its stores each week, Lidl continuously strives to have a positive impact on the communities it serves and the environment. The retail sector has stood up to the challenge posed by Covid-19 in feeding the nation and Lidl Northern Ireland has been awarded ‘Retail Company of the Year’ at the Business Eye Awards 2021 in recognition of its hardworking teams at the frontline. 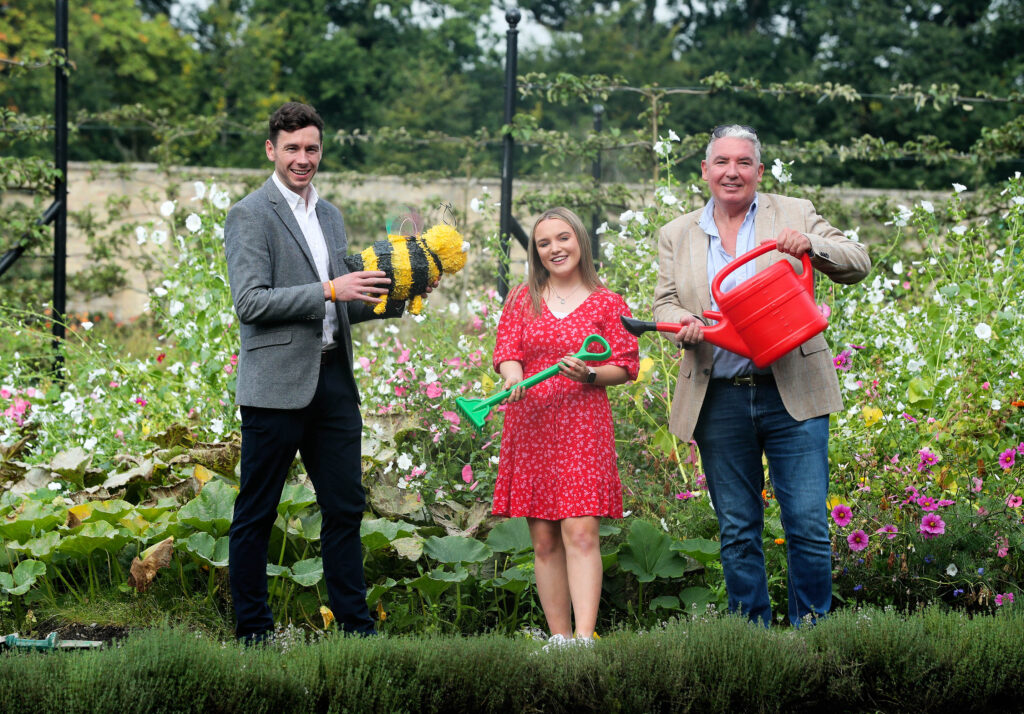 With one third of Northern Ireland bee species threatened with extinction, Lidl has signed up to the All-Ireland Pollinator Plan (AIPP) to work collaboratively to change this trend. The loss of natural and semi-natural habitats has been a key driver in pollinator declines and the AIPP provides an island-wide (Ireland and Northern Ireland) attempt to reverse declines in pollinating insects.

Declining pollinators such as bees and butterflies are considered an essential part of the team at Lidl Northern Ireland in producing food, as they transfer pollen, aiding in the fertilization of plants and flowers, producing seeds, ensuring a new generation of greenery is produced every day.

What the company did

After signing up to the All-Ireland Pollinator Plan, Lidl began to offer a range of ‘Bee Friendly’ plants across our stores which allows customers to also play their part in supporting biodiversity. Branding, via the Lidl leaflet, those plants which pollinators love helps o customers brighten their gardens with Bee Friendly plants.

To continue its commitment to the plan, Lidl launched the Pollinator-Friendly store concept whereby suitable surrounding areas on store locations are optimised to create an area of pollination promotion. Featuring reduced mowing practices and wildflower planting, and an insect hotel, these areas can look overgrown but are in fact a haven for pollinators like bees, butterflies and hoverflies which are essential to produce fresh fruit and vegetables that are available in Lidl stores.

Lidl’s first Pollinator-Friendly stores are in Newtownards, Lisburn, Antrim and the Nutt’s Corner distribution centre and the company has ambitious plans to scale up this project.

As a retailer, a big part of the impact Lidl can have is found within the supply chain. Lidl was the first and only retailer in Northern Ireland to design a biodiversity-focused farming standard in collaboration with a certified body. Developed in partnership with GLOBALG.A.P., the Integrated Farm Assurance Standard, is an internationally recognised standard for sustainable agricultural practices and food production. This standard echoes years of research and stakeholder collaboration arriving at several essential compliance criteria which now include biodiversity specifications that Lidl Northern Ireland is working alongside several of local Northern Irish suppliers to integrate into its supply chain.

“Declining pollinators such as bees and butterflies are considered an essential part of the team at Lidl in producing food, as they transfer pollen, aiding in the fertilization of plants and flowers, producing seeds, ensuring a new generation of greenery is produced every day.”