It is thought to be the first time that the native squirrels have been breeding in the area for more than 30 years. Their population has been in decline after their invasive non-native grey cousins were brought to Ireland more than 100 years ago.

What Mid and East Antrim Borough Council did

Mid and East Antrim Borough Council has developed a partnership with the Ballygally Biodiversity Group (BBG), Cairndhu Golf Club, Ulster Wildlife and Belfast Zoo to re-establish breeding red squirrels in the Park. Five years after the start of this ambitious project there is tangible proof of success with the birth of a number of squirrel kittens. 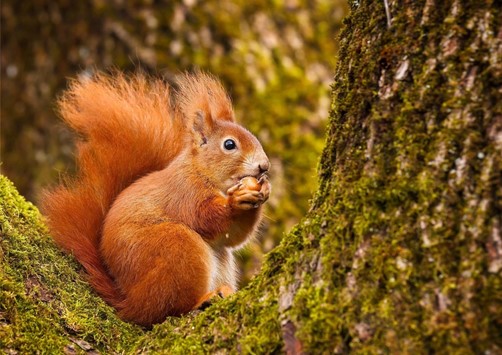 Red squirrel wardens regularly check, feed and monitor the red squirrels, however the outreach is much wider with members of public reporting sightings, demonstrating the interest in this success story for everyone involved. Spring 2021 allowed a celebration of this hard work when the first wild born red squirrel kittens appeared at Carnfunnock. This was swiftly followed by several more litters, demonstrating the success of this project.