Leading edge waste management company, RiverRidge has today announced that they are to commence the next stage of a vehicle fuel synthesising project, which will convert elements of household black bin waste into compressed biogas that can then be used to operate compressed natural gas (CNG) vehicle engines.

The company, which developed Northern Ireland’s first and only waste to energy facility, Full Circle Generation, has already invested nearly £3m by building and commissioning the first stage of the project that extracts and cleans elements of biomass from household black bin waste. 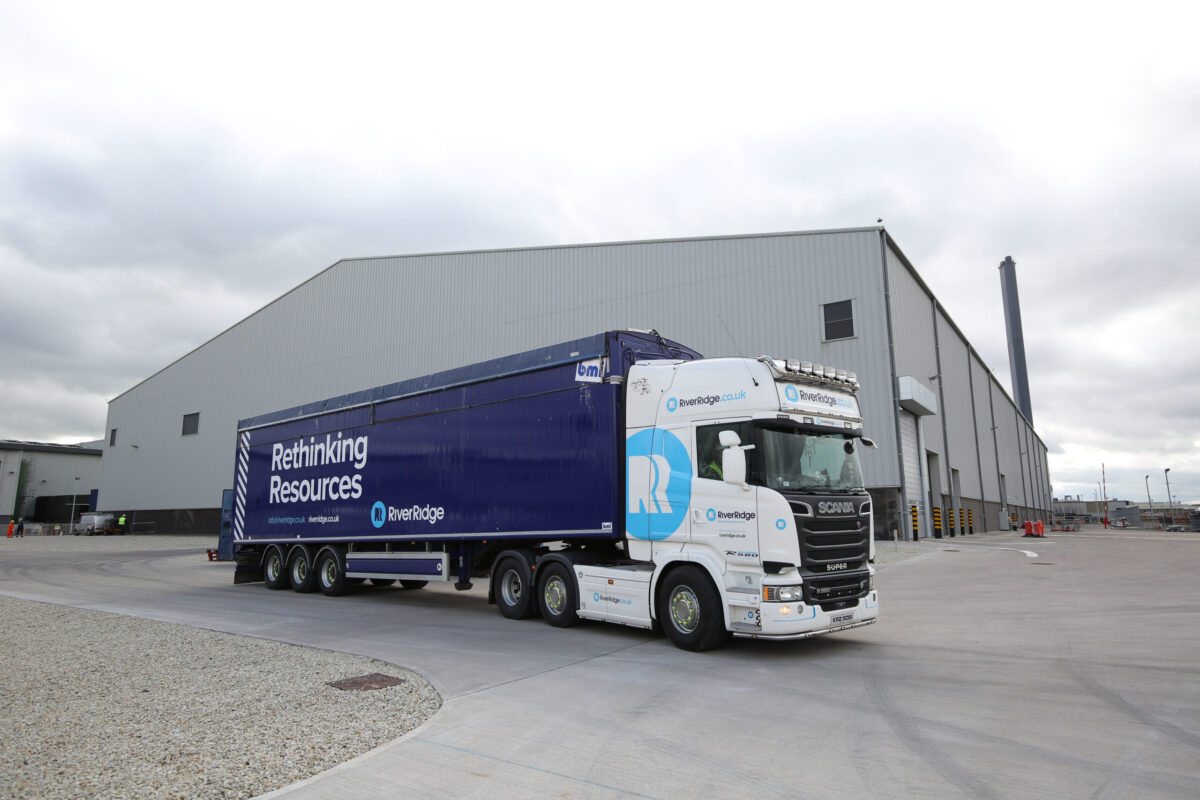 The anticipated cost of developing the final stage of this exciting project is approximately £25m and construction is expected to commence in October 2021, subject to being ratified by RiverRidge’s Board and investors this summer. Once constructed, the complete treatment process will have the capacity to convert 90,000mt of waste per year into over six million kgs of compressed biogas which is equivalent to the annual requirement for over 270 articulated vehicles.

This innovative project uses advanced biological treatment technologies to extract methane from elements of household black bin waste that currently are either sent to landfill or exported as a feedstock in inefficient waste to energy facilities outside of the UK.

Trials conducted by RiverRidge using the proposed technology have been ongoing for the last 12 months and have now proved its capacity to generate both a renewable transport fuel, as well as a high-quality soil enricher. Additional outputs such as the extraction of biohydrogen are also currently being explored but would represent a follow-on stage to the overall development.

RiverRidge CEO, Brett Ross commented, “The RiverRidge Group along with Full Circle Generation currently has the infrastructure in place to manage over 80% of Northern Ireland’s black bin waste tonnages each year. This project significantly improves the quality of outcomes from our infrastructure by diverting further tonnages away from landfill into products which have far less of an adverse impact on our environment.”

Brett Ross continued, “The company continues to focus on ensuring that little to no black bin waste finds its way into landfill, but is rather used productively to either efficiently produce energy or products that can replace traditional raw materials. At the same time, we keep a keen eye on the disposal costs associated with our solutions which we always look to ensure remain at an affordable level for hard pressed local authorities.”

A compelling aspect of the project will be its ability to convert the methane extracted from the waste streams it uses, into a usable vehicle fuel. The company has begun discussions with several large-scale transport users that are interested in using the renewable fuel along with natural gas network operator, firmus Energy.

The renewable fuel will provide meaningful savings for transporters while displacing the need for diesel or petrol. RiverRidge itself will be converting part of its fleet to such a system providing local authorities with the comfort that the waste collected is being used to fuel the vehicles doing the collecting! 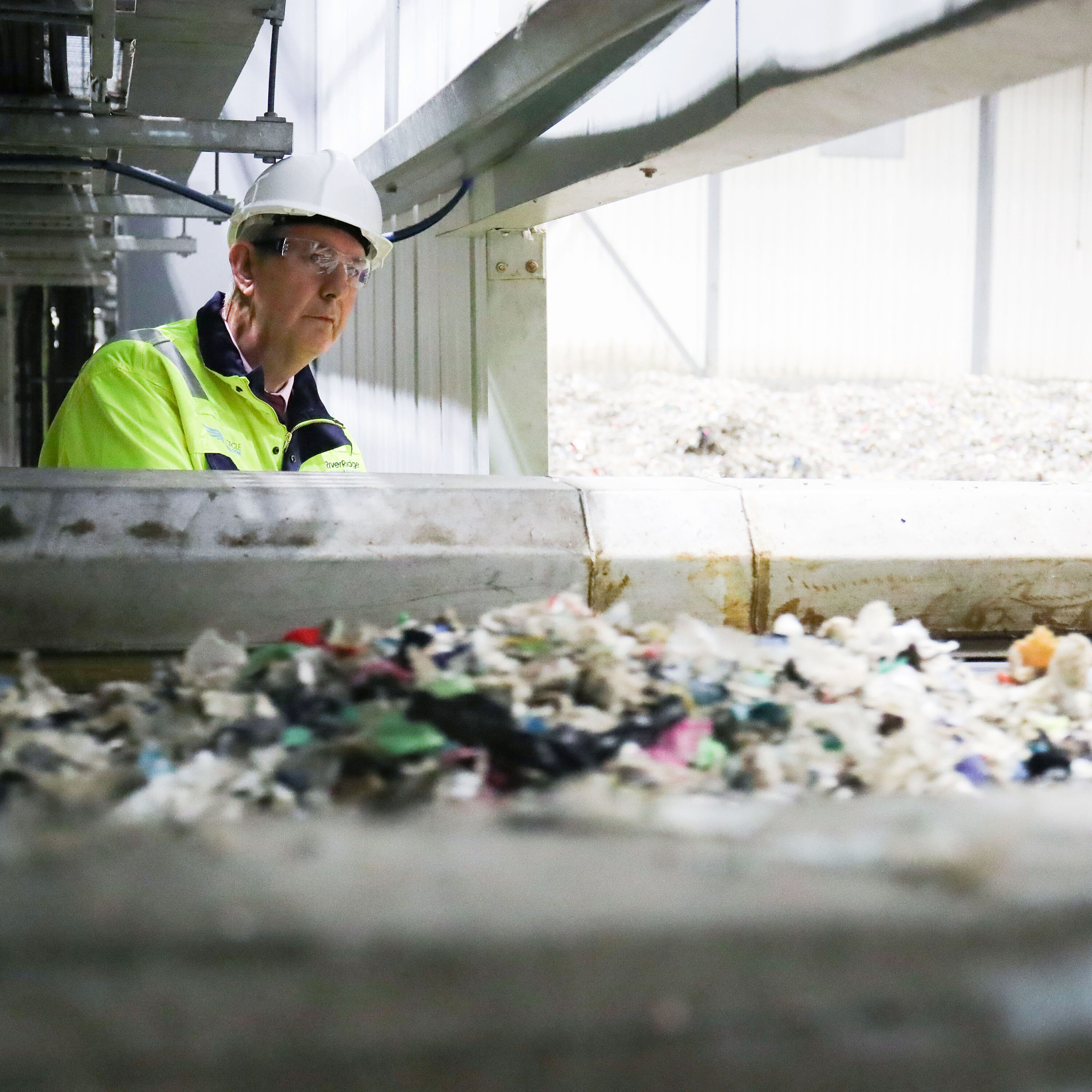 The conversion to CNG engines for its fleet is expected to yield a 25% reduction in carbon emissions, cut the level of nitrogen oxide emissions by up to 90% and virtually eliminate all particulate matter emissions from the company’s proposed CNG fleet, once fully implemented. The engines are also expected to be 50% quieter than traditional diesel engines.

RiverRidge COO, Cecil McBurney stated, “This project represents the most important step our company and Northern Ireland will take in ensuring waste is used effectively to improve human health and decarbonise our economy.

“While biological treatment of waste is not new, the use of the technology to treat household black bin waste is. We believe that once operational, Northern Ireland will be at the forefront of black bin waste treatment in both the UK and Europe.”

As a final benefit, the project is designed to produce a soil enricher once the input material has been fully treated. By working with the Northern Ireland Environment Agency, RiverRidge hopes to be able to certify the material as fit for use on land once fully tested. Improving the biosphere of our soils while supporting vegetation is critical to carbon sequestration and RiverRidge believes that this project could hold the key for achieving this both in Northern Ireland and further afield.

As with every project undertaken by RiverRidge, the concept of rethinking resources is a foundation to their strategy. This project exemplifies this vision and heralds an exciting time for the company and Northern Ireland.