Home / News & Events / Blog / What does responsible business mean in an ‘exponential’ world?

What does responsible business mean in an ‘exponential’ world? 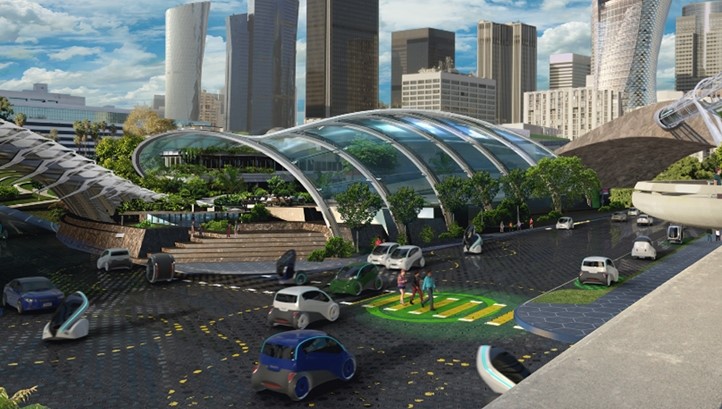 At a recent event organised by Business in the Community, Mat Roberts from Interserve plc used the phrase ‘an exponential world’ to describe the many accelerating social, environmental and technological changes in the world today.

Acceleration, or exponential growth, is something that humans are naturally very bad at processing; but, whether we recognise it or not, the current pace of technological development is radically changing the way that business is done. Some of these technologies include:

The World Economic Forum calls this wave of new technological development the ‘4th Industrial Revolution’. Perhaps even more so than with previous revolutions, the technologies of the 4th Industrial Revolution have the potential to fundamentally change power relationships between businesses and citizens, for better or worse depending on how it’s used. This is moving the goal posts in terms of what it means to be a ‘responsible business’.

Implications for the transport system

The transportation system is an interesting case study of how new technology is predicted to change an industry over the next few decades; recognising this, Ford now consider themselves to be a ‘mobility’ company rather than purely a vehicle manufacturer.

This might seem like a subtle difference, but what Ford predict its business will need to look like to succeed in the next few decades is radically different to how it has operated since Henry Ford invented the first modern production line over 100 years ago.

The company recently released its vision of the ‘city of tomorrow’. It predictsa ‘holistic, organic, inter-connected transport system’ which would include self-driving (autonomous) and electrified vehicles, rapid mass transit systems, high speed drones for deliveries, less traffic, and more green space along roads.

Of course this isn’t the first vision of a utopian transportation system of the future, but now technology is available which could potentially make it happen.

Artificial intelligence is used in the software that controls autonomous vehicles; this is what enables it to recognise and respond to other traffic, pedestrians, and road signs. You can already buy a car with ‘autopilot’ which is one step below full autonomy; similar to autopilot on an airplane, this enables the car to accelerate, brake and steer itself, but requires a human to be ready to take over. Google and Uber, amongst others, have been testing fully autonomous vehicles for a few years now, and Ford has said that it will be mass producing a fully autonomous car by 2021, steering wheel not included!

The really exciting thing about self-driving vehicles is that they could easily be ‘pooled’ for use by many people. Since cars are currently only on the move for approximately six hours per week this leaves 162 hours where their potential use is wasted. Tesla’s ‘masterplan‘ includes having cars earn money for their owners by being used as a driverless taxi service when the owners don’t need their car; Uber is already piloting a small fleet of fully autonomous taxis in Arizona. But even these business models may be at risk through blockchain applications potentially enabling secure peer-to-peer transactions between individual users of such a system, rather than needing to pay a fee and agree to the terms of central authorities.

Meanwhile the future of local deliveries may indeed be in the sky. Amazon has been running a pilot delivery service in Cambridgeshire in which customers within a certain radius of Amazon’s warehouse can choose to have small items dropped off outside their house by drones.

This is a snapshot of how the new wave of technologies which are available today could lead to the transport industry better meeting the needs of citizens while being more environmentally sustainable through reducing emissions and making better use of less vehicles.

The question for business leaders is ‘how might your industry be disrupted?’

The challenges for responsible business?

The 4th industrial revolution does not mean that ‘responsible’ business will be guaranteed. While Ford’s ambition may be positive, there can often be unintended consequences from well-meant actions.

One third of UK jobs could be at risk due to automation by 2035, and this is a particular concern for the transport industry. It’s predicted that in the United States four million people are at risk of losing their jobs due to an uptake of autonomous vehicles.

Policy changes from government will be needed to make sure that the benefits of the 4th industrial revolution are not reserved for people who are already highly qualified and technologically competent, but individual businesses will also need to be proactive at re-skilling their current and future workforce in the hard and soft skills needed to thrive over the coming decades.

With more and more data being collected and used, data security becomes an even bigger issue than it is already. How businesses use artificial intelligence to make decisions which affect people will need to be scrutinised, and there’s a wider ethical question about where the responsibility for decisions made by machines lies.

The technologies described earlier could lead to a revolution which is truly inclusive, giving greater empowerment and a better quality of life to global citizens, but it could just as easily be used to create a ‘big brother’ society controlled by powerful corporations.

The business community, government, campaigners, and citizens will all need to play a role in order to ensure that the potential benefits of new technologies are inclusive. Citizens need to be empowered and brought along on the journey. If, in the 4th industrial revolution, businesses don’t understand this, technologically empowered citizen groups will be more readily able to bypass businesses and meet their own needs.

Personally, I think that it will be more important than ever that businesses are grounded in genuine social and environmental purpose to ensure that they proactively harness this new power to create a more sustainable and resilient society. If businesses see their purpose as “loving the children of all species for all time“, as the acclaimed industrial designer William McDonough calls for, then businesses which embrace this philosophy are surely better placed to create real value and thrive among the uncertainty of the exponential world.