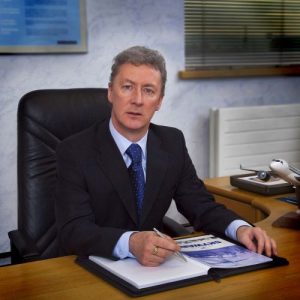 Michael Ryan CBE was born in Belfast in 1959. He graduated from Queen’s University, Belfast in 1981 with an honours degree in aeronautical engineering, and joined Short Brothers the same year.

He returned to Belfast in May 2000 when he was appointed vice-president and general manager of Bombardier Belfast in Northern Ireland. He now heads the team in Belfast which is responsible for the design and manufacture of structures for the world’s most successful regional and business aircraft, market sectors in which Bombardier is today number one in the world.

Mr Ryan is a Chartered Engineer and a Fellow of the Royal Aeronautical Society.

Married with three children, he enjoys sports, reading and listening to music.

Other Positions of Responsibility