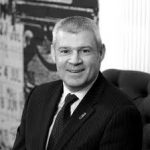 John joined Inspire in 2009, heading up the Business Development team at Carecall. Prior to joining Inspire John worked for 19 years in the pharmaceutical industry in a variety of sales, management and healthcare development roles. As Director of Professional Services John has responsibility for the Workplaces, Student and Knowledge& Leadership services. John achieved a degree in Political Science from Queens University Belfast in 1989, following which he completed a Sales and Marketing programme with the Dept. Of Economic Development in 1990. In 1992 he joined Eli Lilly, one of the world’s largest pharmaceutical companies and became Primary Care Sales Manager for N Ireland and North England in 2003. In 2007 he joined Bayer Healthcare as Regional Sales Manager for Ireland for Bayer’s Diabetes division. Since joining Inspire John has overseen the significant growth in EAP business across Ireland. In 2016 John was appointed Assistant Director for Professional Services and was subsequently appointed as Director in 2017.